11 Cruise Ships Sold and Being Scrapped in 2020 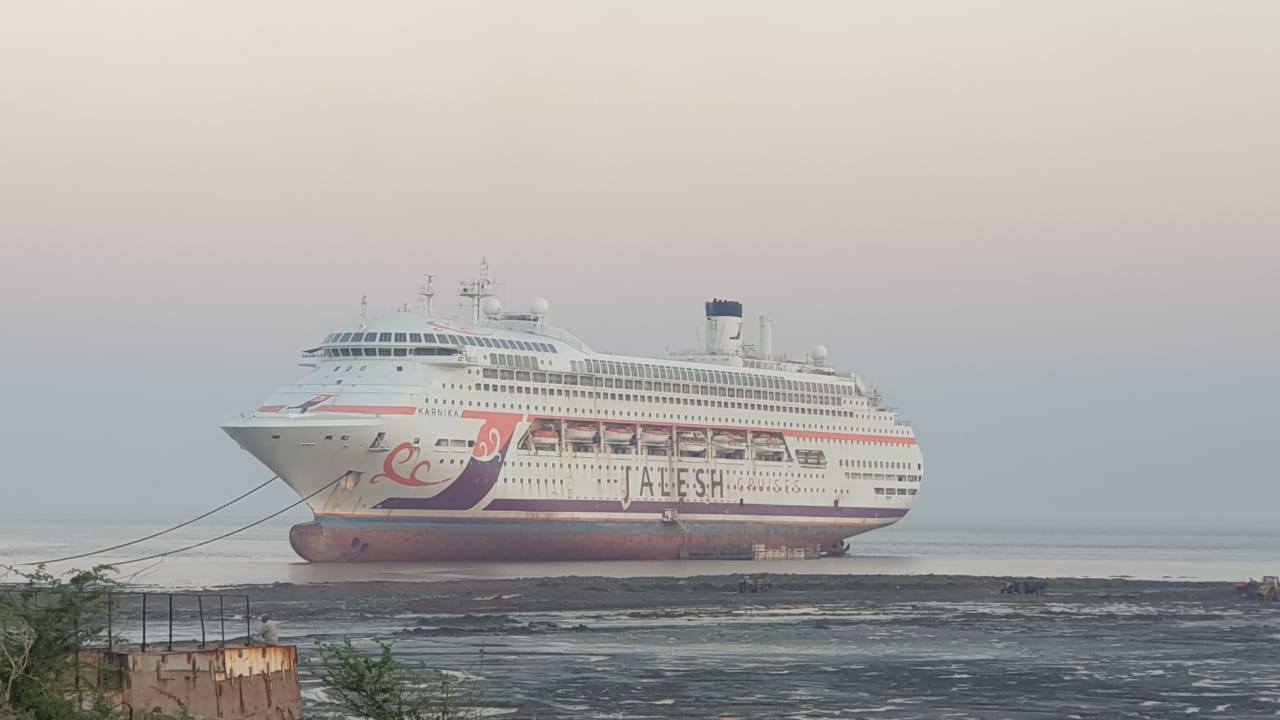 Nothing went exactly as it should have done in this extraordinary year. This affects all sorts of areas of life, all sorts of companies. One of the most affected industries is tourism and thus also the cruise. In addition to bankruptcies and ship sales, the Corona crisis on 2020 also saw numerous scrapping of cruise ships.

It was mainly older cruise ships that were and are being scrapped, most of them being sold because the companies’ costs had to be reduced. In the case of Pullmantur Cruises, the entire fleet was even scrapped because the company had to file for bankruptcy.

Certainly one or the other operator would have preferred to be able to sell the ships to new operators instead of scrapping yards, but this year many companies were not able to accept new ships and the prices of the ships to be sold were correspondingly low. For example, the popular MS Astor was sold to a scrapping yard for less than 2 million euros. These cruise ships were scrapped or sold for scrapping in 2020

The cruise ships to be scrapped run through the entire cruise industry. Both large and small cruise lines had to hand over cruise ships, many of which were or are being scrapped. There were sales per se at almost all companies, and luckily a new operator was often found.

The MS Astor was a very well known and popular cruise ship. It was particularly popular on the German cruise market. As part of the corona pandemic, however, CMV and thus TransOcean Kreuzfahrten had to cease operations due to the insolvency of the parent company. The cruise ships have been sold, MS Astor is being scrapped in Aliaga, Turkey.

From 2010 as Astor for TransOcean Cruises

Sold to Aliaga for scrapping in June 2020

Like its sister Carnival Fantasy, Carnival Imagination is one of the four Fantasy Class cruise ships that were sold as part of the Corona Pandemic. She was the fifth of eight cruise ships in the construction class.

Sold for scrapping in Aliaga during the corona pandemic

Shortly after the insolvency of Pullmantur Cruises it became clear relatively quickly that the Spanish shipping company’s fleet was to be scrapped in Aliaga, Turkey. Not many weeks later, the MS Monarch and MS Sovereign found themselves on the beach of the scrapping yard. MS Horizon is still in cold lay up in Greece, but is to be scrapped in Aliaga as soon as the opportunity arises – if the tide does not turn again.

Manufactured at the Meyer shipyard in Papenburg

From 2009 to 2010 as Pacific Dream with Pullmantur Cruises

MS Monarch was one of the first cruise ships to be sold for scrapping in Aliaga because of the corona pandemic. The cruise ship belonged to the Pullmantur Cruises fleet. Shortly after the announcement of the bankruptcy of the Spanish shipping company, it also became clear that the cruise ship, like its two fleet sisters, was to be scrapped.

MS Sovereign is the third cruise ship of Pullmantur Cruises to be scrapped as part of the corona pandemic. She has been at the shipyard for a long time, she and MS Monarch are still being dismantled, MS Horizon is still waiting for her beaching. The sale for scrapping took place after Pullmantur Cruises reported bankruptcy. 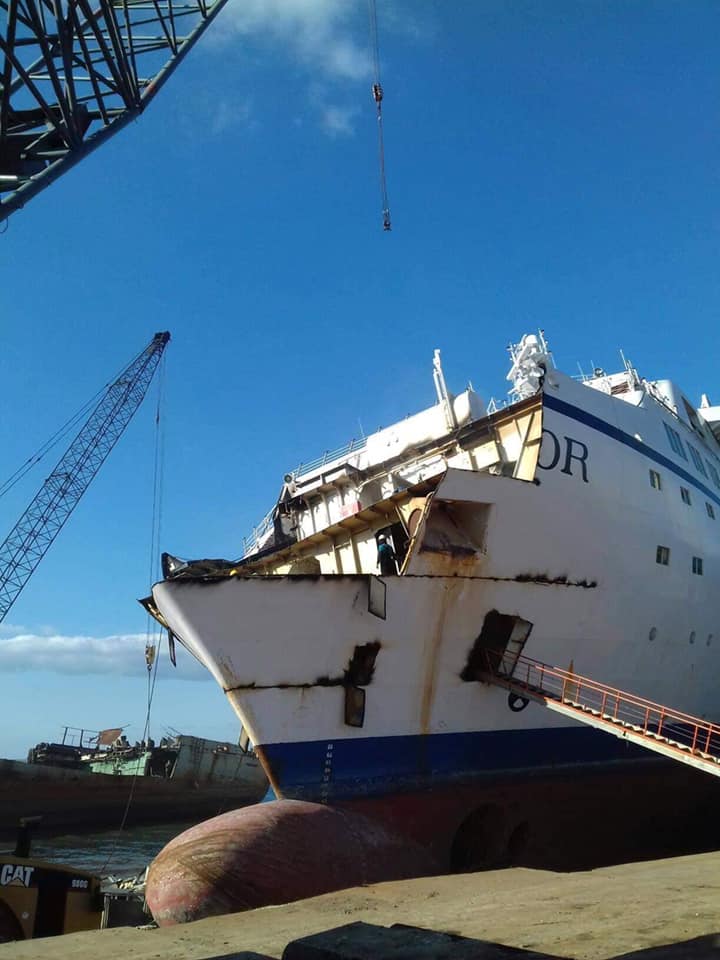 MS Karnika is a cruise ship that is known by other names on the German cruise market. It is the former AIDAblu and A’Rosa Blu. The cruise ship was last used for Jalesh Cruises in India, but the company had to file for bankruptcy as part of the pandemic, MS Karnika was sold for scrapping.

Made by Fincantieri in Monfalcone

Scrapping in Alang since November 27th, 2020

Pacific Dawn will come to a dramatic end, as the cruise ship was actually sold to CMV and should be used there from next year. However, as part of the current pandemic, CMV filed for bankruptcy. Fortunately, a new owner was found in Ocean Builders. The ship was to be placed in Panama, the cabins were to be sold individually. Here, however, mainly insurance-related problems arose, so Ocean Builders decided to sell the ship again. Pacific Dawn is now being scrapped in India.

Made by Fincantieri in Monfalcone

Sold to Ocean Builders in 2020

Sold by Ocean Builders in 2020 for scrapping in India

There is still no official confirmation of the scrapping of the Marella Dream, but the cruise ship has been decommissioned by Marella Cruises and will no longer be used there. The cruise ship is already on the scrapping list of a Turkish scrapping company, although nobody has spoken out yet, but it seems inevitable that the Marella Dream will now come to an absolute end. For this reason, it can also be found in this list.

Manufactured at the Meyer shipyard in Papenburg

From 2017 as Marella Dream for Marella Cruises (formerly Thomson Cruises)

Launched in Eleusis since October 2020

Scrapping is to take place in Aliaga

Marella Celebration was among the first cruise lines to be retired in the ongoing pandemic. The cruise ship will definitely not return to the service of Marella Cruises. In the meantime it has already become clear that the cruise ship of the Marella Cruises will be scrapped, the ship, like many other ships to be scrapped in Aliaga, was laid up in front of Eleusis. A confirmation has not yet been made, however, in the context of scrapping it is also conceivable that one will never take place.

From 2004 to 2017 as Thomson Celebration for Thomson Cruises

Scrapping in Alang is imminent

We have specifically listed the cruise ships for which it is clear that they will be scrapped or for which it is clear that the scrapping is imminent. But it will not stay with the ships mentioned, because unconfirmed rumors of scrapping are in the room with other cruise ships. However, since these are neither clear nor confirmed, we have left them out of this list for the time being.

Silversea Crew will receive support with Donations by Loyal Cruisers